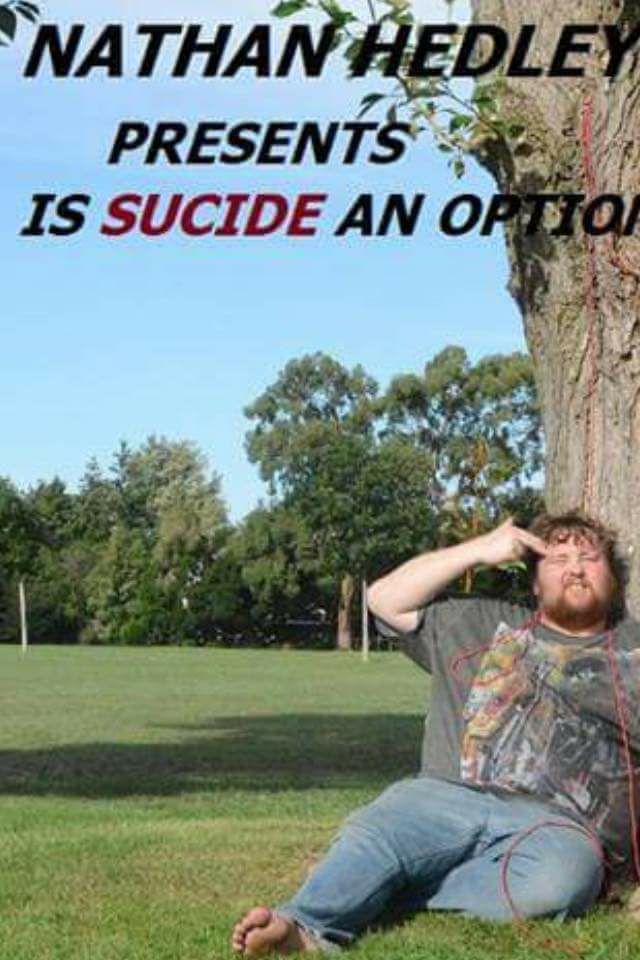 Mental Health is no laughing matter – until you meet Nathan Hedley.

He opened his Nelson Fringe Festival show by opening a box of tissues and handing them out into the audience. But they are more likely to be used for tears of joy than tears of sadness.

Because Nathan Hedley is funny.

Not ‘funny considering what he’s talking about’, but straight up, down right funny. Deeply deadpan jokes delivered with a typically bewildered kiwi understatement. Like the love child of Jack Dee and Bret McKenzie.

He just happens to be funny and no stranger to anxiety, depression and suicide. But this is no maudlin, self-indulgent, tears of a clown show. It is classic observational comedy mirroring back the humour of our age of mental illness.

The show takes us on Hedley’s journey starting with his first trip to the doctor where he achieved his highest score on a test ever. Just a shame it was the depression test. From there it’s a short step to counselling and the realities of anti-depressants.

It’s all told with a gentle matter of fact-ness that recognises how common these experiences are becoming. And the audience howled and cheered in a knowing way. This was shining a light on darkness we all encounter, and Hedley gave us an hour to enjoy every bit of it.

The show’s strongest moments were when Hedley telegraphed the tough stuff. Not in a ‘warning, this next bit contains material some people may find traumatic’ kind of way. But more like turning the page on a new chapter and feeling invited in.

The audience seemed to inhale as one body with lines like ‘Just a quick word of advice if you do have to ring Lifeline…” and everyone shifted to the edge of their chairs in angsty anticipation. Fearing the worst, some universal awfulness of the human experience that could spoil the giggly atmosphere, Hedley would hold the pause like a pro before delivering his punch line. (You’ll need to see his show to find out that advice).

And we all laughed and laughed, because we know it’s serious stuff. We laughed because it’s serious stuff. So serious that laughter is one of the two options, and perhaps we’ve all cried enough already. But never once did I feel we were laughing at Hedley and his windy path through life’s ups and downs. We were laughing with him. And, because of his warmth and openness, we had a chance to laugh at our own path.

Which I think was his point. He ended the show with a familiar rally cry of ‘we need to talk more about mental health’. It’s something we’re used to hearing now after years of mental health TV ads and sensationalised suicide headlines. But no one ever really tells us how to talk about this thing we call mental illness.

By being honest and humorous about his life, I think Nathan Hedley might have just gifted us all a joyful way to navigate our own.

Is Suicide an Option? is part of the 2018 Nelson Fringe Festival. To check out other shows and workshops, click here.

Echoes from the Wings

A Nelson based website focussed on offering constructive responses to artists.